Montevideo, Buenos Aires and Santiago topped the list of cities with the best quality of life in South America according to Mercer’s annual report released February 2014. The study which places Vienna on the top of the rank was conducted by the world´s leader in human resources consulting for a total of 460 cities. The top five cities from Latin America were Pointé a Pitre, San Juan, Montevideo, Buenos Aires and Santiago being Montevideo the first one in South America. Port au Prince Tegucigalpa , Caracas, San Salvador and Managua are instead rated the worst in the region for Mercer research. The study was conducted from data collected between September and last November 2013.

This photo of Rambla de Montevideo is courtesy of TripAdvisor

The top consultant in human helps multinational companies and other organizations to pay its employees accordingly in a fair to transfer abroad. In a global economy, these organizations use Mercer´s standards so as to have a better choice as to which country to deploy their workforce and set a new company.

Mercer conducts an annual report on the quality and the other on the cost of living, both intended to be sold to businesses, corporations and organizations to use income parameters for its employees. Mercer´s criteria for the ranking are 39 factors related to social issues, political, economic, health, education, transport and public services, housing and environment, among others. Political instability high crime or high air pollution are some of the deterring factors.

With Montevideo rising to position 77 in the world ranking, it is a sign that in an increasingly globalized economy, cities that are outside the traditional financial circuit are improving their quality of life and motivating foreign companies to invest in their economy. These emerging cities such as Montevideo are investing heavily in infrastructure attracting foreign investors and expats, offering tax advantages and better accommodation facilities. If Montevideo continues this improvement it can become one of the major players that can rival financial centers worldwide. The specific sectors of the Uruguayan economy such as energy, infrastructure, industry and services are a highlight to consider them as an attraction to investors. 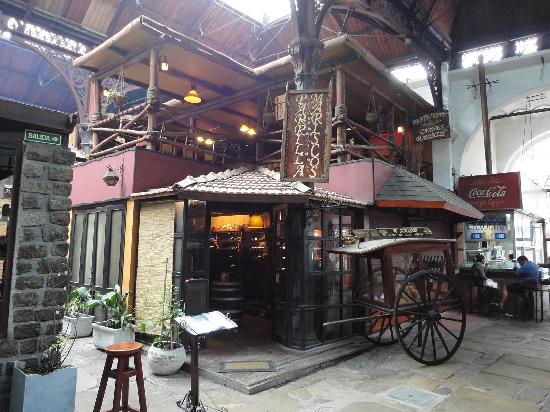 This photo of Montevideo is courtesy of TripAdvisor

Several Chinese companies showed interest in the Uruguayan market during the last edition of the Investment Forum “Going to Latin America “ held on 25th and 26th of February 2014 in the Chinese city of Guangzhou. Chinese companies stressed the importance of Latin America in the next five to ten years. In this regard, they said that Montevideo stands out in the region for its potential as a starting point and platform entry of Chinese products to South America.

In fact , Montevideo is a natural gateway for all Mercosur since it has an extensive and diverse network of physical communications together with the competitive financial services and infrastructure to support entrepreneurship. It facilitates access to Bolivia and Chile, and its projection to other regions and countries. On top of this, Uruguay offers the following financial and competitive advantages:

International companies have identified Montevideo as a reliable, efficient, with international standards of productivity, safe, and competitive city with certified quality processes and lowest port costs of the region.

For more information on specific areas or Real Estate in Montevideo, Uruguay please contact us.