Uruguay River which is named in Guarani language means „river of the painted birds“ and behind this name one of the best treasures is kept.
The native people of Uruguay were not wrong when they decided to call Bird River to the picturesque watercourse which is currently the geographical border between Argentina and Uruguay. Uruguay is a natural paradise, home to a huge variety of birds.
The Uruguay River has great biodiversity. It has nearly 400 species of birds in its southernmost sector. To get an idea, the world’s avifauna is composed of some 9,500 species, and only in Uruguay River 5% of species are present. Another comparative data: in the entire European continent some 550 species of birds have been recorded.
The Corridor of the Painted Birds circuit, which runs along the six regions of the west coast of Uruguay aims to promote nautical tourism along the river and offers both tourists arriving by land and or upstream sailing a peaceful atmosphere, an amazing variety of landscapes and the observation of the at exits of streams and marches are the perfect places to feed and reproduce. From the river it is easy to observe multiple bird species, such as larks, finches, cardinals, thrushes, hawks and owls.

One of the stops of the “Corridor of the Painted Birds“, is at the city of Fray Bentos, with an interest tourist circuit. Its 22,000 hectares full of marshes, swamps, river islands and coastal forests make up „one of the most diverse places“ of Uruguay from the biological point of view. 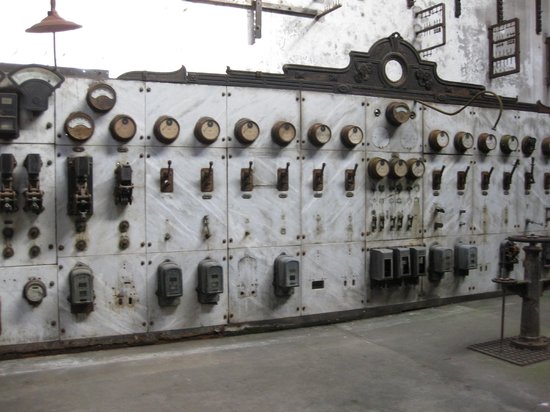 Visitors can stay at friendly hotels and have delightful Uruguayan meals, take hiking trails and visit cultural centers.
Close the city, the Anglo Meat Processing Plant, recently claimed as world heritage by UNESCO, stands proudly among the cliffs over the river and embraces with its docks, where departing ships use to load millions of tons of meat to feed the Allied trenches during both world wars.
„The estuaries function as a filter, such as kidney upper basin of this area which allows to have a good water quality in the Uruguay River.
Nuevo Berlin, 40 kilometers from Fray Bentos, with a new dock and a reception center for visitors, and tours to the protected islands where green forests merge with the blue sky reflected in the river.
Further north, 100 kilometers from Fray Bentos, San Javier, and a town founded 102 years ago by Russian escaping from religious persecution during the time of the Tsars. San Javier has kept traditions alive with special festivities and events.
This photo of Museum Of The Industrial Revolution (El Anglo ) is courtesy of TripAdvisor

Uruguay presented a new regional route to international private operators in the Global Sea Trade Cruise in the United States which took place between 14 and March 17 in Fort Lauderdale, Florida, that connects small sized cruisers to four Uruguayan river ports and to Buenos Aires.
The initiative is aligned with the strategic objective to promote nautical tourism along the Uruguay River.
At Cruise Global Sea Trade, the new routes route linking the ports of Montevideo, Colonia, Fray Bentos, Carmelo and Buenos Aires cruises small size with a capacity of 140-170 passengers were presented in a extraordinary video showing the cultural historical circuits ,local wineries and rural and gastronomical establishments.
The river mode nautical tourism is growing around the world while recognizing that there was a good receptivity and group of entrepreneurs in details about the project.

Regatta on the Uruguay River

Sailing towards the Artigas Plateau is a classic race in Paysandú during Easter Week. With an outstanding natural environment; more than 70 sail boats take part of this international competition, the most important of the Uruguay River and the region.
A fleet which of about 60 yachts will set sail from the “Meseta de Artigas” downriver to meet its first stage, which will target a the Malo Creek where an opening ceremony will take place in tribute to Jose Artigas Uruguay`s national hero before the competition starts.
Yacht Club Paysandú hosted a pit stop in the race and organized a three-day festival around the event. It’s wonderful that the finale of the 67th race will be staged in a place of rich heritage where the leader of Uruguayans claimed independence.